The Zorki-5 is a less known Zorki model. Some collectors consider it (and its successor Zorki-6) one of the best Zorki ever made. The Zorki-5 evolved from the Zorki-2S : but with a longer rangefinder base, an advance lever instead of knob, and a combined viewfinder/rangefinder window, with an adjustable diopter magnification. 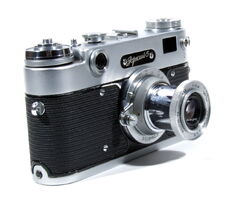 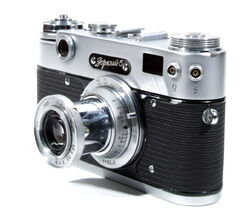 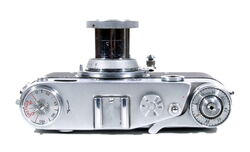