Zenit 3M is a 35mm film SLR made by KMZ and produced between 1962-70 with quantity of 781.678 units. Zenit means Zenith, a point in the sky that appears directly above the observer.

It is a part of the long-running Zenit series. The UK export version of this camera doesn't have the 3M marking on it only marked Zenit on the front.

The main differences from Zenit-3: the back cover is removable and the new mechanism of cocking lever with shutter release button. 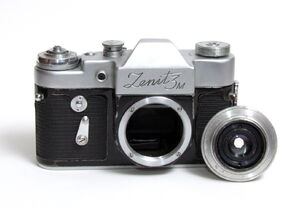 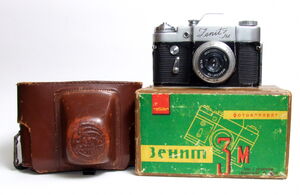 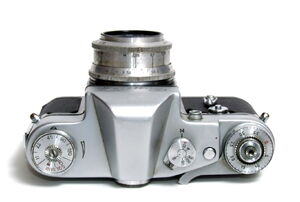 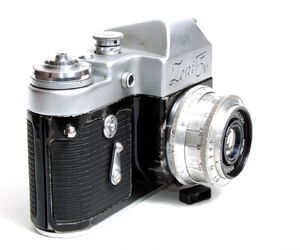