Yashica-A is a medium format 120 film TLR camera made by Yashica and introduced in c.1959 according to McKeown. [1] However, the Yashica A appears together with the Yashica C and LM in both December 1956 USA and April 1957 Swedish ads.

The Yashica A was a basic model, both cosmetically and spec wise similar to the late versions of the Yashicaflex A-I (first released in 1954) but with the top speed of the Copal shutter upgraded from 1/200 to 1/300. The 1960 Olden Camera & Lens Co catalogue lists the Yashica A at $29.95 and the Yashica D at $49.95. With a number of cosmetic chnages, it continued in production until 1969. Not many were sold in later years.

The Yashica A features twin Yashimar then Yashikor 80mm f/3.5 lenses, and has a Copal rim-set shutter, with shutter speeds of 1/25, 1/50, 1/100, and 1/300. It has a PC connection for flash sync, and because it uses a leaf shutter, it is capable of X sync at all shutter speeds. It was offered with black or grey coverings. The picture size is 6x6cm. 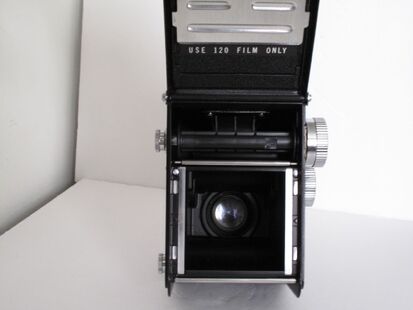 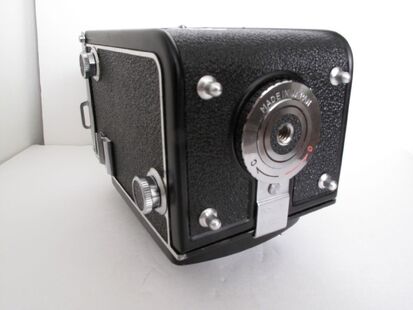 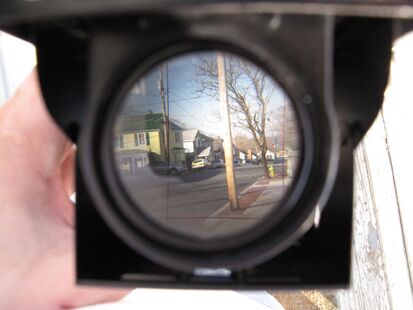 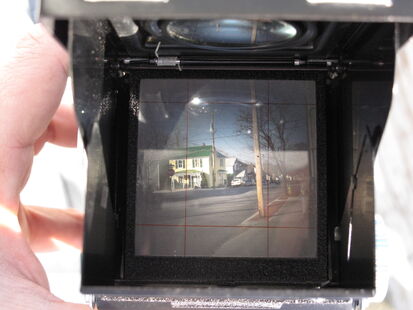 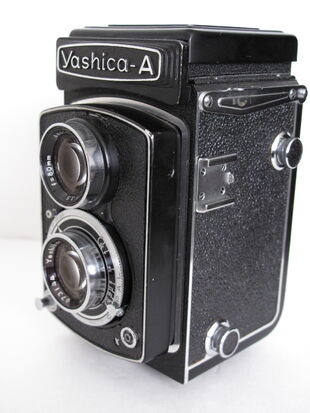 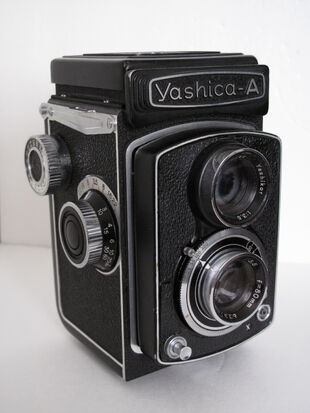