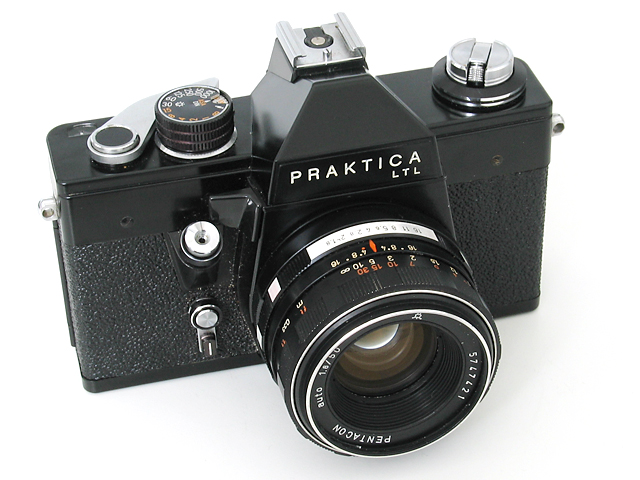 The Praktica LTL is an East German 35mm SLR camera with interchangeable M42 screw-mount lenses and stop down TTL metering, produced from December 1970 to November 1975 by Pentacon.

It has a vertical-run focal plane shutter, with speeds from 1s to 1/1000 + B and a self-timer operated by a rotating lever below the front-mounted shutter-release.

The meter is operated by a button on the side of the mirror housing, which is pushed back to stop down the lens and activate the meter. Film speeds for the meter are set by a scale inset into the top of the shutter-speed dial. The meter requires a PX625 mercury battery or equivalent; otherwise camera is entirely mechanical.

Praktica LTL was manufactured in several different versions. It was also sold in the U.S. as the JC Penney SLR 2.

These various details are available in various combinations. Here are some of the variants. Study the pictures carefully and you'll see all the different details.