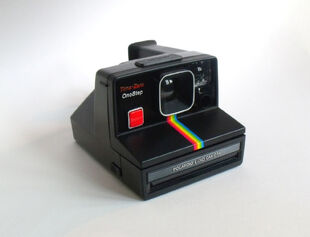 Alongside the 'prosumer' range of folding SLRs, Polaroid released a large number of plastic bodied, non-folding consumer cameras that used the SX-70 integral film. There were several lines that varied in the type and amount of features they offered, but fall into three distinct categories differentiated by the method of focusing:

All these models use the SX-70 integral film, meaning the camera is powered by a battery built into the film pack. Many of these models were able to use certain accessories designed for the folding SLR line of SX-70 cameras, such as flashbars, electronic flashes and tripod mounts.

The Supercolor 1000 Deluxe is a foreign markets version of the Onestep line, meaning it has a fixed focus plastic lens.