The Sandman Will Keep You Awake - The Loop

Philips N.V. is a large electrical/electronics company based in Eindhoven in the Netherlands. Having made just one known film camera, the 1950s' Philips Box Flash which may had been made to inprove sales of Philips flashbulbs, the company's original main contribution to photo business. Later it also sold electronic flashguns. Now it sells digital cameras. May 24, 2002 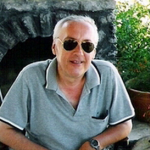