Perla is a 35mm film rangefinder camera made by Gamma, Italy and produced between c.1951-57.

Two base models were offered as the original Perla (Perla I) and the Perla II. Perla II is nearly the same as Perla I but with some cosmetic changes and lever winder. It is equipped with Schneider Xenar 50mm f2.8 (or f/3.5) in a Synchro-Compur shutter.

Some features of Perla IEdit 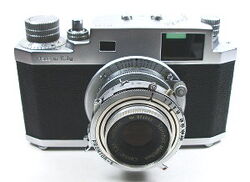 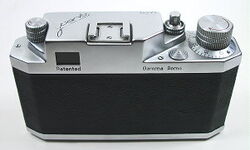 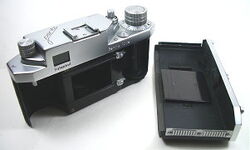 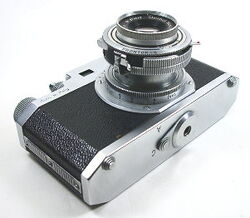 Perla I
Add a photo to this gallery

Retrieved from "https://camerapedia.fandom.com/wiki/Perla?oldid=110256"
Community content is available under GFDL unless otherwise noted.