The Leica R5 is an improved and updated Leica R4.

The Leica R5's direct successor is the Leica R7.

The Leica R6 was introduced in parallel with the R5 as Leica’s return to a traditional mechanical, battery independent manual camera designed around the existing R body frame. 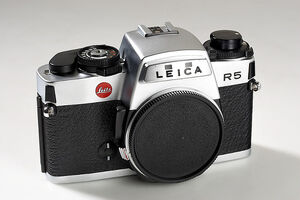 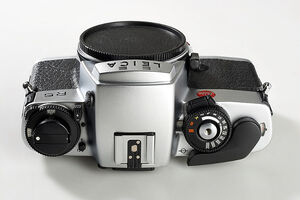 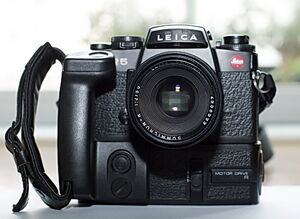 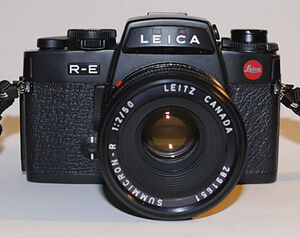 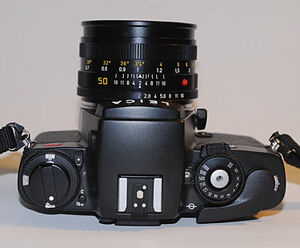 Retrieved from "https://camerapedia.fandom.com/wiki/Leica_R5?oldid=127674"
Community content is available under GFDL unless otherwise noted.