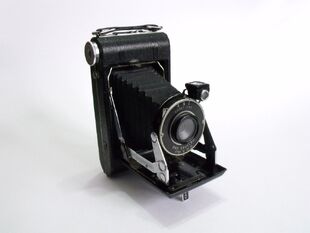 The camera came equipped with either a simple fixed focus Kodet meniscus lens in a Dak shutter, or a better 3 element Bimat lens in a Dakon shutter.