The successor of Model B is Brownie No.2A Model C produced between 1924-33. It is same with Model B except metal body. 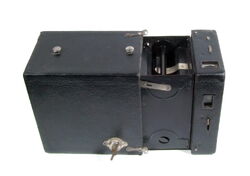 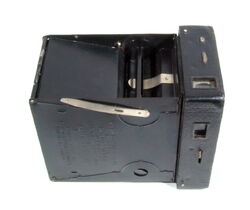 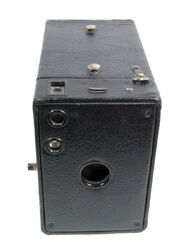 Kodak Brownie No.2A Model B c.1920
Add a photo to this gallery

Retrieved from "https://camerapedia.fandom.com/wiki/Kodak_Brownie_No.2A_Model_B_%26_C?oldid=121812"
Community content is available under GFDL unless otherwise noted.