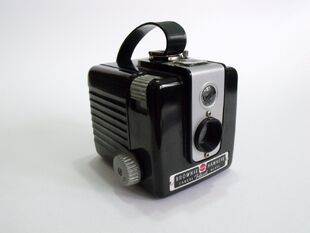 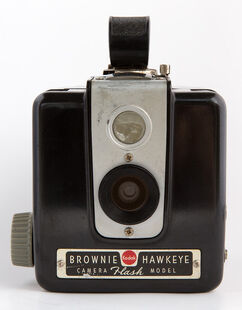 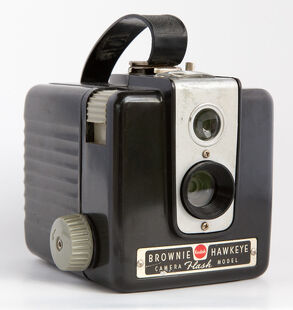 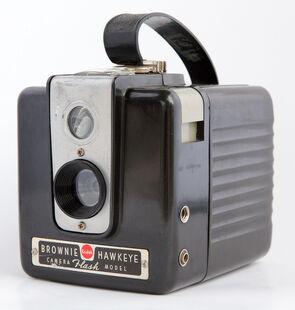 The Brownie Hawkeye is a Bakelite camera taking 6x6cm images on 620 film, made in the USA and France by Kodak, between c.1949-1961[1]. There were also examples labelled "Brownie Fiesta". The original design did not have a flash facility, but the Flash model was added in 1950 and labeled Kodak Brownie Flash in France. The Canadian model is labeled "Brownie Hawkeye Flash" too. There were two lens attachments sold for the Hawkeye, one was the Kodak Close-Up No. 13 and the other was the Kodak Cloud Filter No. 13.