This is a semi-automatic camera. It has a strange shape as it is very tall for its' height. This camera has a leaf shutter and a removable back. The film speed is set on a dial on the top deck which has a metering window next to it for manual operation. 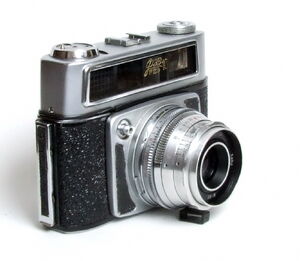 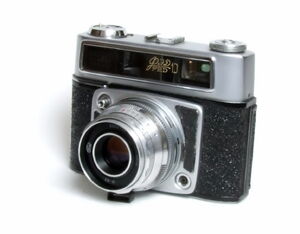 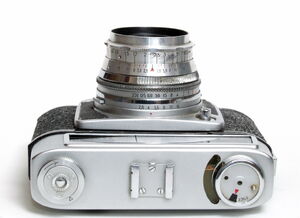 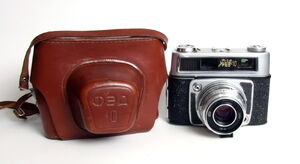