Exa II is a 35mm film SLR camera made by Ihagee Kamerawerk Steenbergen & Co, Dresden, former East Germany and produced between 1960-63 with quantity 88.700 units. It is in long lasting Exa SLR series of Ihagee.

The Exa II line was introduced earlier than Exa I, in 1959, and manufactured concurrently with first Exa, and then Exa I models until 1963, to be replaced with Exa IIa and later, IIb. The prism is permanently fixed with a plain groundglass, and the camera has a regular focal-plane shutter running vertically. The wind lever is not as smooth as that of Exa Ia, probably because of a different shutter mechanism. The body shape, size, and weight are similar to those of the Exa I line, and the feel and finish somewhat better.

There are two versions of the Exa II according to Andrzej Wrotniak. 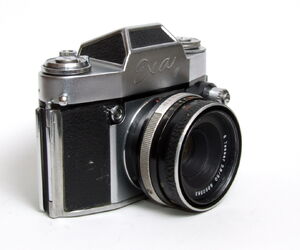 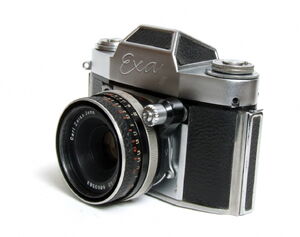 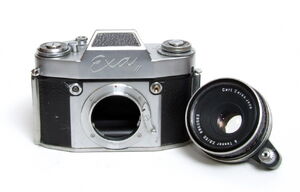 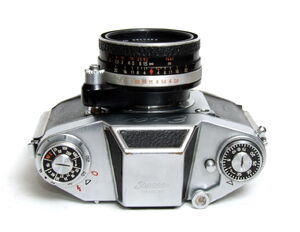 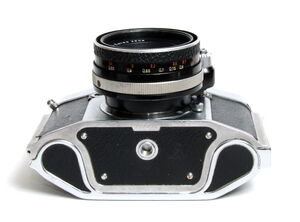