The Ferrania Elioflex is a 6x6 pseudo TLR, released about 1950. The camera has a folding hood with an oversized Brillant. Incorporated into the hood cover is a fold-out, expandable wire-frame sports viewfinder. The taking lens is a 85mm f8 Galileo Monog. The camera was produced in back, blue and green leatherette.

This article is a stub. You can help Camerapedia.org by expanding it. 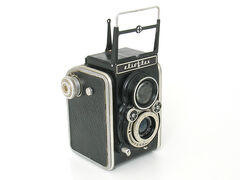 Ferrania Elioflex. The sports finder popped up and ready to use. 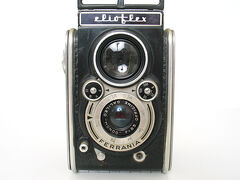 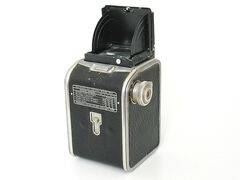 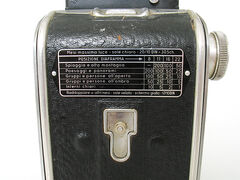 Ferrania Elioflex.
Add a photo to this gallery

Retrieved from "https://camerapedia.fandom.com/wiki/Elioflex?oldid=126283"
Community content is available under GFDL unless otherwise noted.