Coronet Midget is a subminiature 16mm film camera made by Coronet in England, and produced between 1934-43.

The camera was very cheap that used as a gift in cereal packets. But they say that "In every way a real camera and not just a novelty or toy". Midget was very small as a match box.

Some features of Midget[] 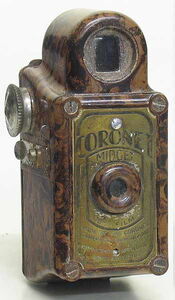 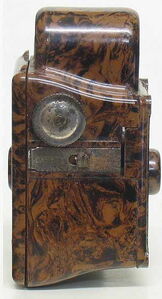 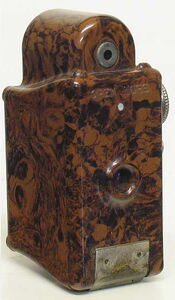 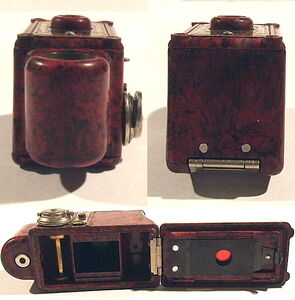 The Coronet Cameo was a post-war attempt to recreate the success of the Midget. It was very cheap and very small as half finger.