Coronet Box Cameras are medium format 120 film cameras made by Coronet in England.

There are several other Coronet Box models which also made by Tiranty in France. This means that the same camera model could be found either British made or French made. For these models see the article Tiranty Box Cameras (Coronet).

All of the Coronet box camera models are in medium format, 6x9cm frame with roll 120 film. They have a simple one speed spring rotary shutter. These boxes are offered with various meniscus type lenses. 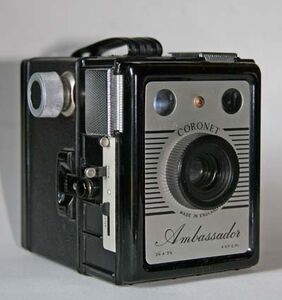 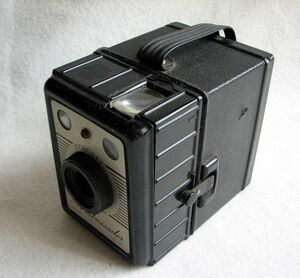