Contax IIIa is the same camera with Contax IIa with a light meter. Compared to the prewar Contax II and Contax III, the Contax IIa and IIIa used the same lens mount with a completely re-engineered shutter mechanism, new body, and much improved chrome finish.

On earlier versions of the Contax IIa and IIIa cameras all the numbers on the shutter dial were in black and therefore is model was called Black Dial, corresponding to the Barnack Leica cameras like the IIIf. The so-called Color Dials were in production for a longer period than the Black Dials, 1953-62 (44.025 units) vs. 1951-53 (25.000 units). The earlier black dial Contax IIa and IIIa have a peculiar flash sync connection, from around November 1953 (CD) they have standard PC socket. As a consequence the release mechanism had to be redone. This was about the only major change in design during its production time. Other than that, from 1951 to 1962 there have been small changes in materials, exposure meter design and different lubricants.

The Contax IIa and IIIa are professional quality system 35mm Rangefinders with a large system of lenses and accessories, that some considered the best 35mm lenses during the 1950's. The  Contax IIa and IIIa has a superb mechanical fit and finish, many believe better than even the legendary Leica M3. 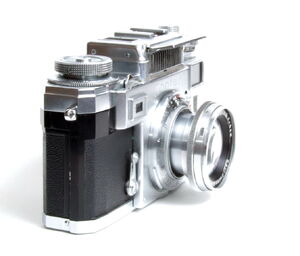 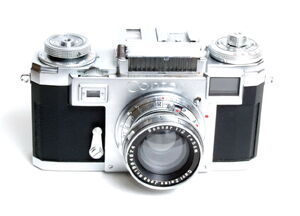 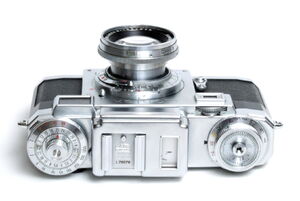 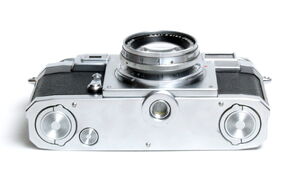 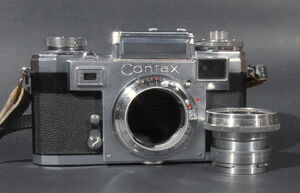 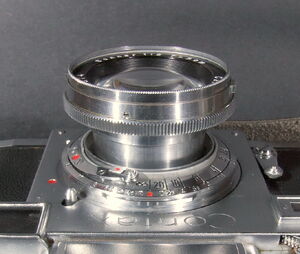