Belfoca II is a medium format film folding camera made by Belca-Werk (Balda) and after 1957 made by Welta, originally introduced in 1956.

This camera is a rare one. It is similar Belfoca I, but with finder incorporated in top housing.

The camera in the pictures is a Welta made one. 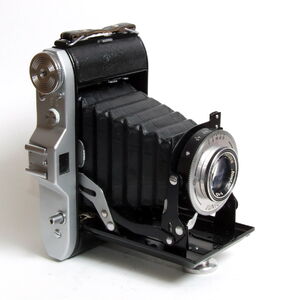 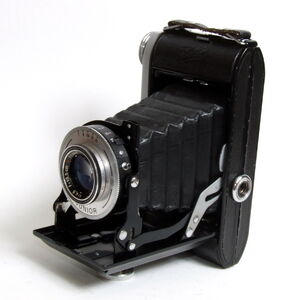 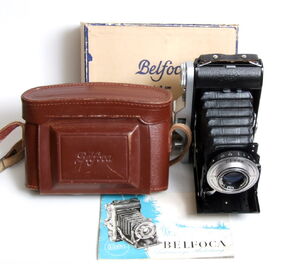 Retrieved from "https://camerapedia.fandom.com/wiki/Belca_Belfoca_II?oldid=115473"
Community content is available under GFDL unless otherwise noted.