Silette L is a 35mm film viewfinder camera made by Agfa and introduced in 1956. It belongs to the long lasting Silette series.

It based on the same body as the Agfa Silette (original) but with some improvements as an uncoupled Selenium cell light meter in the top plate. There were three successive types of meter, with a bigger or smaller setting knob, and a larger or smaller cover flap. There were many lens/shutter combinations like Agfa Color-Apotar, Color-Agnar, Color-Solinar lenses and Pronto, Prontor, Prontor-SVS, Compur-Rapid, and Parator shutters. Certain metal parts before are from now on out of plastic.

There are 7 types/versions of the camera [1] 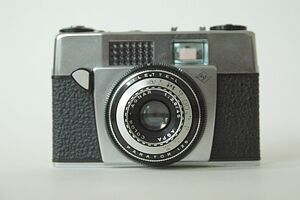 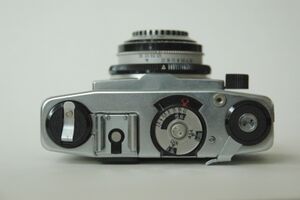 Retrieved from "https://camerapedia.fandom.com/wiki/Agfa_Silette_L?oldid=109688"
Community content is available under GFDL unless otherwise noted.