The camera has a new body in the Optima series and similar to the Agfa Silette Record of 1963. It has Selenium cell light meter, rapid wind lever on the bottom plate, shutter release on the lens barrel, red/green signals for correct exposure in the bright-frame viewfinder.

The 1966 model is similar to 1964 model but with automatic programmed Paratic shutter.The shutter release is round. [1] 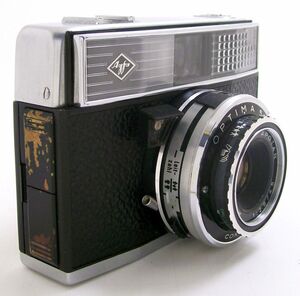 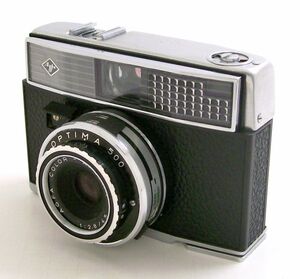 Retrieved from "https://camerapedia.fandom.com/wiki/Agfa_Optima_500?oldid=104301"
Community content is available under GFDL unless otherwise noted.